Monday night
Click to view the Monday Night Worship Guide
Click to view the Monday Evening Full Script
Click to view the video of the Monday Evening Worship Service
Luke 1: 26-38
At some point, we cannot contain ourselves – the selves God has created us to be. Coming out as people and as a church from what we have known into a new identity is filled with anxiety, unknowing and hope. Like the caterpillar, we instinctively know to embrace the darkness. Our time in the cocoon prepares us so that we may become something new. Pregnant Mary is comforted and encouraged by the words “do not be afraid”. We too, hear these words, as we participate in MCC’s transformation.
Preacher: Rev. Elder Dr. Nancy Wilson 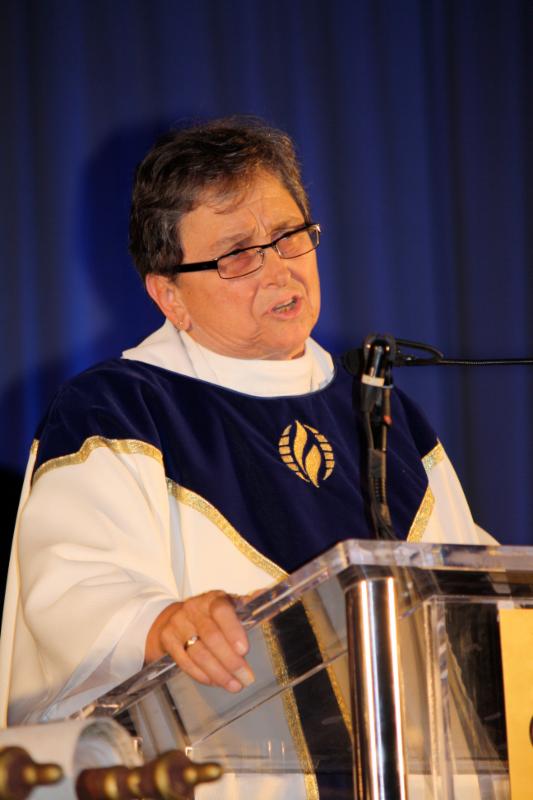 Rev. Elder Dr. Nancy Wilson was elected to the position of Moderator of Metropolitan Community Churches (MCC) in 2005, following the retirement of the Founder of MCC, Rev. Elder Troy Perry, and again in July 2010. She will be retiring from the position this year.
Rev. Wilson joined MCC as Associate Pastor of MCC Boston in 1972 at 22 years of age.  She served as pastor of Church of the Trinity MCC in Sarasota, Florida, Founders MCC and MCC Detroit.
She was elected Elder of MCC in 1976 and served as the denomination’s Vice-Moderator from 1993 to 2001.Rev. Wilson served as Clerk of the Board of Elders for ten years; and became MCC’s first Chief Ecumenical Officer, a post she held for 23 years.

Open: Into the Light 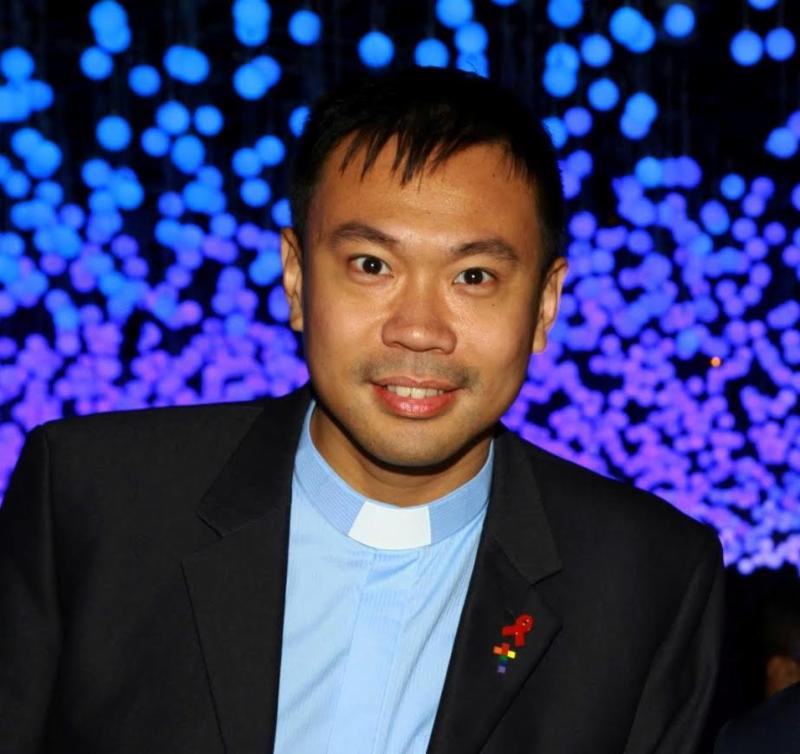 Rev. Miak Siew is the executive pastor of Free Community Church in Singapore, serving the church since his ordination in 2011. He has been involved with LGBT Christian movements in Asia, participated in the International Consultation on Church and Homophobia organized by Jakarta Theological Seminary, and has traveled to China, Indonesia, Philippines and Taiwan conducting training and retreats for their LGBT Christian communities. Later this year, he will be involved in the Amplify Conference – the All-Asia-Pacific Open and Affirming Church + Life Conference that gathers diverse lesbian, gay, bisexual, trans*, intersex and queer persons, as well as straight-identifying allies (LGBTIQS) to share personal stories and learn more about intersecting issues of gender, sexuality and the Christian faith.
Rev. Miak Siew received his Master of Divinity degree in 2011 from the Pacific School of Religion (PSR) in Berkeley, California, where he also received the Koinonia Award for his contributions to spiritual, social and community life during his time in PSR.
Tuesday Evening
Click to view the Tuesday Night Worship Guide
Click to view the Tuesday Evening Full Script
Click to view the video of Tuesday Evening Worship Service
John 11: 1-44
In the opening of the tomb and the unwrapping of Lazarus’ funeral clothes, the community had to face their unknowing – and perhaps disbelief – and trust that the resurrection Jesus had facilitated was real. The range of emotions was vast. As the butterfly’s cozy environment cracks further open still, it is the participation of the whole community that will make change possible – waking up, rolling away the stone, unwrapping what will be.
Preacher: Rev. Elder Tony Freeman 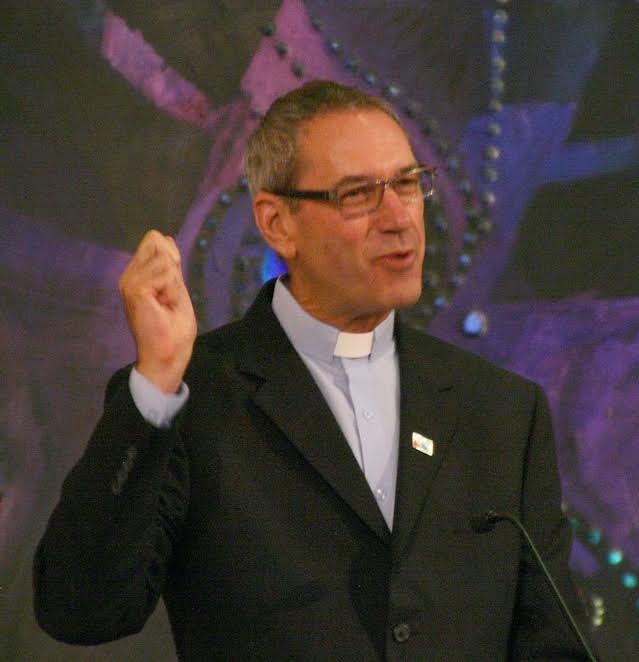 Since his initial licensure in 1995 as clergy in MCC, Rev. Elder Tony Freeman has served in a variety of leadership roles in the local church (including all of the different church “sizes”) and at the denominational level in both volunteer and staff roles. His local church experience includes staff clergy, executive pastor, interim pastor and senior pastor. Denominationally, Rev. Freeman served as Chair of the Strategic Growth Initiative, Chair of the Structure Review Team, and as Vice Chair of the Governing Board. Currently he is serving as the Director of Church Life and Health (and member of the Senior Leadership Team). His experience includes visiting and working with MCC churches around the world (United States, Philippines, Australia, New Zealand, South Africa, Europe, Canada and Mexico). He has also presented over 20 seminars and workshops at MCC conferences.
Rev. Elder Tony Freeman lives in Tucson, Arizona USA with his fourteen year old dog, Pollie. Although he frequently travels on weekends, he enjoys attending Water of Life MCC when he’s home.

Brandiilyne Mangum-Dear is the Pastor of Joshua Generation MCC Church in Hattiesburg, MS. She is also the founder of The Dandelion Project, an LGBTQ support group, and she was featured in Showtime’s award-winning documentary “L-Word MS: Hate the Sin” Brandiilyne is also an advocate, and has fought alongside organizations such as Get EQUAL, HRC and GLAAD, for LGBTQ rights in Mississippi, USA.
Wednesday Evening
Click to view the Wednesday Night Worship Guide
Click to view the Wednesday Evening Full Script
Click to view the video of the Wednesday Evening Worship Service
Matthew: 14:22-33
The origin of this denomination was built on the dreams, leadership and courage of young people who refused to allow “what is” to hinder what “could be.” We look to the unique vision of the new voices in our midst to hear the prophetic uttering of what is unfolding in this community as we consider the role of vocation in our lives.
Preacher: Rev. Brad Rice 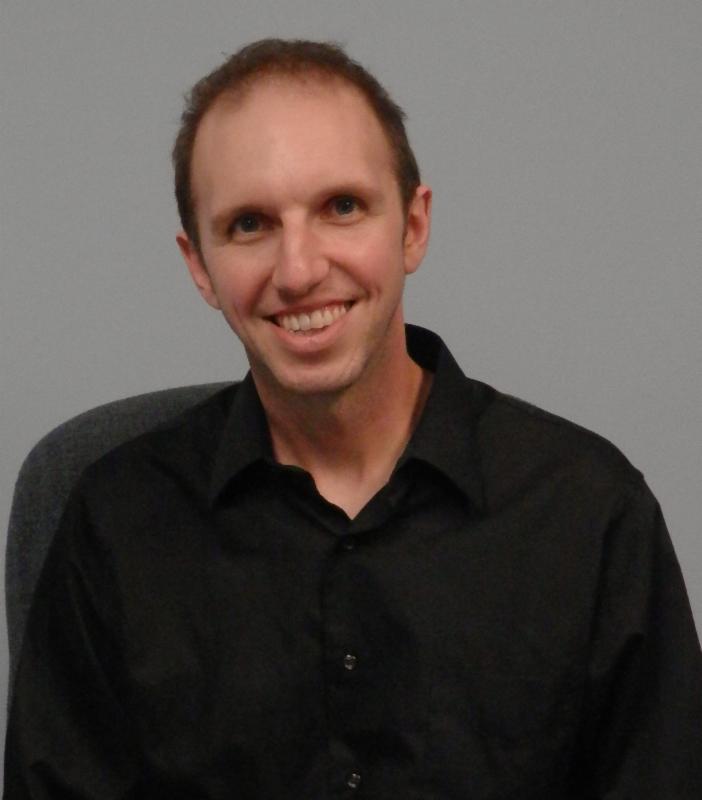 Brad found MCC in 2005 in Durham, North Carolina while attending Appalachian State
University.  While getting a Masters in higher education, he found his calling to become a professional minister at Water of Life MCC in Tucson, Arizona.   After graduating Claremont School of Theology and interning at Founders MCC, he was ordained in 2010.  He has served The Rock MCC in Chattanooga, TN and Joy MCC in Orlando, FL, before coming to King of Peace MCC St. Petersburg, FL as the Associate Pastor for Congregational Life in 2012. He also is the Network Facilitator for the Southeastern United States. Brad firmly believes that MCC has saved his life on numerous occasions and is honored to give back to a denomination that is intentional transforming lives. When not at church, he hangs out with his fiancé and fur baby Millie. 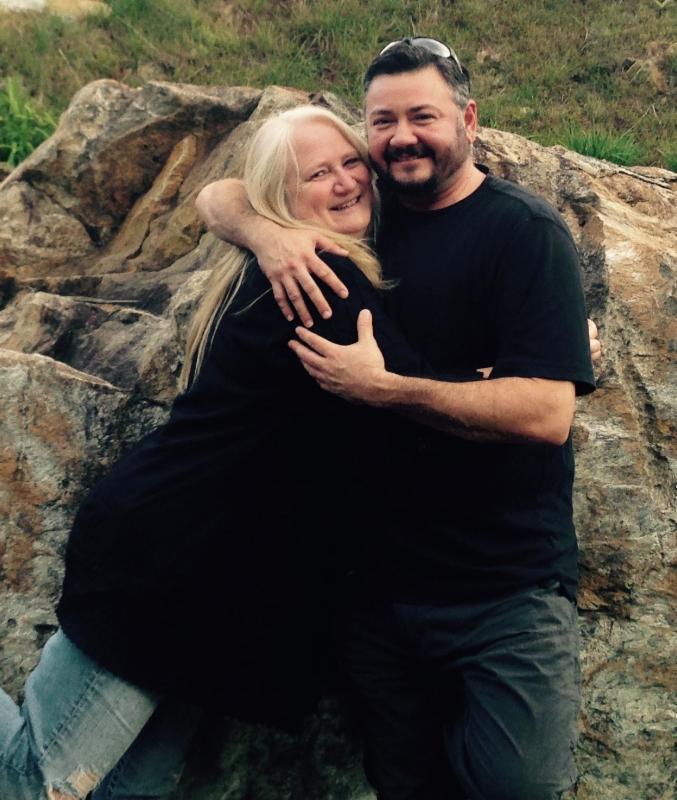 Marcia McFee and Jordan Decker have been active participants in the ministries of MCC for 20 years. Having gone through Jordan’s transition together, they will offer leadership in Thursday morning’s service honoring the experience, journeys and wisdom of transgender/gender queer people. Marcia is a worship consultant, Creator and Visionary of the Worship Design Studio and author of the new book, Think Like a Filmmaker: Sensory-Rich Worship Design for Unforgettable Messages. Jordan is the Director of Operations for their business which includes, among other things, driving their RV across the country twice in their latest adventure of bringing worship education to churches.
Thursday Evening
Click to view the Thursday Night Worship Guide
Click to view the Thursday Evening Full Script
Click to view the video of the Thursday Evening Worship Service
Esther 4
What do we need to let go of in order to fly? The butterfly must let go of the cocoon or it will die. Our healing service invites us to consider deeply what holds us back from our own life and wellbeing, from moving forward. How a community is spared from extinction is at the heart of the story of Esther. We explore her courageous willingness to risk status and safety in order to ensure the future of her people.
Preacher: Rev. Elder Margarita Sanchez-De Leon 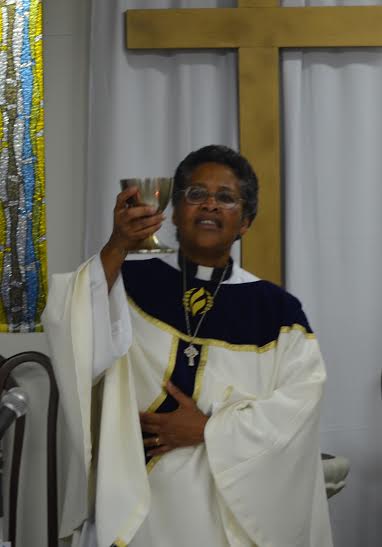 Rev. Margarita Sánchez De León, is a Puerto Rican living in Mexico City, Mexico and has been a pastor of MCC since 1996. She is married to Frida Kruijt (from the Netherlands). They are mothers of Oshadi and Siboney, girl and boy twins of six years old. She has been developing her ministry and call in Puerto Rico, United Kingdom, Portugal and Iberoamerica.
Margarita has been a part of Theologies Team since 2010 and worked as Program Coordinator for Iberoamerica – OEM until 2015. Currently she is the Academic Dean of the “Darlene Garner Institute for Ibero-American Leadership Formation.” She was appointed Elder in 2015. 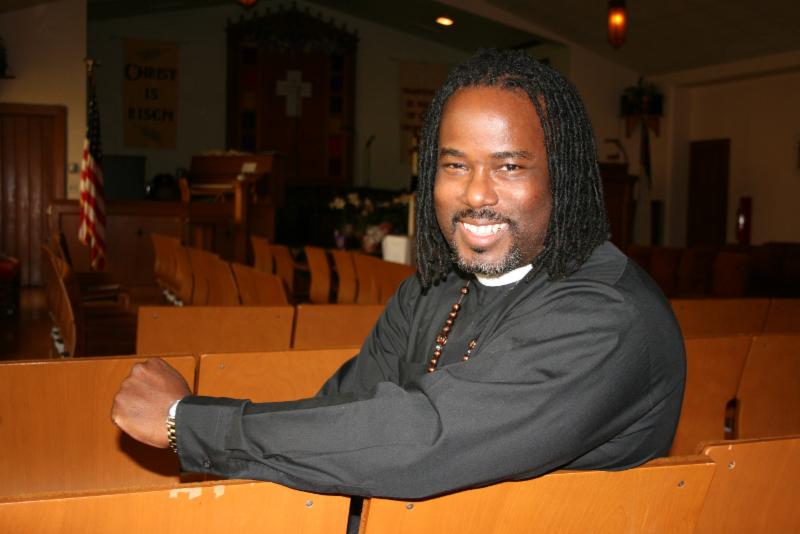 Rev. Dr. Roland Stringfellow earned a Bachelor of Science degree in Education and a Master of Science degree in Counseling from Indiana University.  He later earned a Master of Arts degree in Ministry from Grace Theological Seminary and in 1990 became a licensed minister in the Baptist Church.  In 2005, Roland was ordained with the Metropolitan Community Church and in 2006 he earned his Master of Divinity from The Pacific School of Religion with a certificate in Religion and Sexuality.  In 2011, Roland became licensed with the United Church of Christ and The Fellowship of Affirming Ministries (TFAM) churches. This past May, he celebrated earning his Doctor of Ministry from The Pacific School of Religion.
He has worked as a pastor in Indiana, California and Michigan.  In addition to all his work within church contexts, Roland also worked in the field of education in a variety of capacities – teacher, guidance counselor, college advisor, and vice-principal. Currently, Rev. Dr. Stringfellow is the Senior Pastor of MCC Detroit.
Friday Evening
Click to view the Friday Night Worship Guide
Click to view the Friday Evening Full Script
Click to view the video of the Friday Evening Worship Service
Matthew 16: 13-20
Oh, the colours, the beauty, the unabashed and exuberant expression of all that we are together! Let’s celebrate as we emerge and dare new heights! We see parallels in our journey with the emergence of the first church told in the Book of Acts. We remember that Peter’s journey eventually led him to the understanding that God shows no partiality and that all are welcome to share a new life in Christ. Upon this rock, the Spirit builds a Church that offers hope to the hopeless, strength for the weary and new life to those who think their life is over. Upon these things, MCC will continue this mission to a world that so desperately needs a people who know the power of transformation!

View All
We use cookies to ensure that we give you the best experience on our website. If you continue to use this site we will assume that you are happy with it.Ok