It is with great pleasure we announce the amazing Worship Team for the 2016 General Conference! This team is assembled with participants from all over the world who have many skills, talents, and gifts to offer to MCC. We are grateful for their work in their home communities and for serving the denomination in such an important way.

Rev. Roland is licensed with Metropolitan Community Churches and 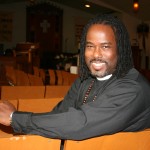 the United Church of Christ. Currently, he is the Senior Pastor of Metropolitan Community Church Detroit and also works with congregations on LGBTQ inclusion as the Director of Ministerial Outreach for the African-American Roundtable, a program of the Center for Lesbian and Gay Studies in Religion and Sexuality on the campus of the Pacific School of Religion. Rev. Roland has been consulted by media outlets regarding his work on marriage equality and the role people of color and communities of faith play in this local, state, and national (U.S.) debate. 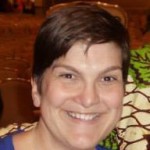 Emily is the pastoral leader of Church in Progress MCC, which is an emerging church in New Zealand. Emily is passionate about finding new and creative ways for her community to connect with God and discover how those connections influence how we live our everyday lives. If she had a superpower, it would be the ‘Jet Lag Blink’ — with a blink of an eye her jet lag would disappear, and she would arrive at any global destination looking fresh, fantastic, and ready to rock! 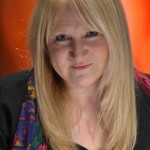 Drawing on a first career in professional dance and musical theater, and equipped with a Master’s in Theology and a PhD in Liturgical Studies, she understands the role of any worship artist in the church as that of creating extraordinary portals through which communities journey with the Spirit. Dr. Marcia has designed and led worship for regional, national, and international gatherings of several denominations over the last 20 years. She is the creator and visionary of the Worship Design Studio  (www.worshipdesignstudio.com), an online experience of coaching, education, inspiration, and a design application. A little known fun fact: she used to be a barrel racer in rodeos 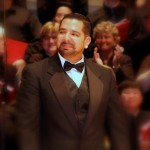 Dan is Colombian born but was adopted by American parents and raised in a Lutheran home in Marietta, Georgia (USA). He was a state-ranked pianist by 4th grade and continued competing through 12th grade. Also gifted in bassoon and vocals, he attended university on a bassoon / Music Ed scholarship. He met and married his partner (of 13 years now) at Bering United Methodist church (Houston, Texas, USA), a Reconciling Methodist church. Ten years ago, he and his partner moved to Toronto, Ontario, Canada, where he regularly conducts the MCC Toronto choir. He is thankful for his Toronto community of great history and a background of social justice. He is especially grateful to work with Diane Leah at MCCT. When not at church, Dan conducts a barbershop quartet and is a huge gamer — when an instrument is not in hand, a remote control is! 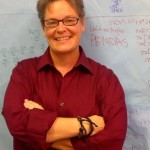 of Music. She has traveled around the world with two gospel groups, “David and Jane” (1990-1998) and “2gether Blessed” (2010- present). Jane has been a middle school teacher for 24 years and Director of Music for Founder’s MCC Los Angeles (California, USA) for 11 years. She has served as singer, pianist, arranger, conductor, and songwriter at many General Conferences. When conservative Christian protesters picketed a “David and Jane” concert in upstate New York in the early 1990’s, she and singing partner David Heid snuck outside, grabbed signs, and marched with them until the protesters found out. 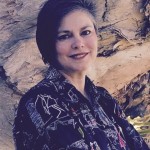 Rev. Phyllis Hunt was born in St. Petersburg, Florida, USA. She grew up Southern Baptist and Assembly of God. At the age of 28, she finally found King of Peace MCC, where she became a member in 1987. She shares her life and ministry with her partner of 22 years, Vilia Corvison, and their 9-year-old Chihuahua, Pepe LePew. She holds a B.S. in Business and an M.Div. from Pacific School of Religion. She was ordained in 2001. She served as interim pastor for one year at St. John the Apostle in Fort Meyers, Florida, ten years as senior pastor at MCC Tampa, and currently works at Tampa General Hospital as a staff chaplain. She is a gifted liturgical artist using paint, fabric, construction materials, earthen elements, and many other materials to transform meeting rooms into sacred spaces as she visually interprets the sacred text, music, liturgy, and worship themes. 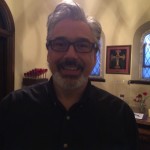 Kevin Coutu, CSEP, has been a member of MCC Toronto for over 12 years and has been the Technical Director of MCCT for 11 years. Kevin has an extensive career in event management, working for both the public and private sectors. He has planned several types of events, including conferences, civic festivals, and concerts, which have won a Festivals & Events Ontario Award. Kevin has his own Event Planning Company, KC Productions, and is currently employed by MCCT as Team Lead of Giving and Events. He would like the ability to fly in an invisible plane, like the one he now owns.

Greg Tobar was ordained as a Catholic priest before coming to MCC of Argentina in 2009, where he currently is the pastoral leader while the pastor is on sabbatical. He has led mission trips throughout Argentina and has participated in the last two General Conferences.